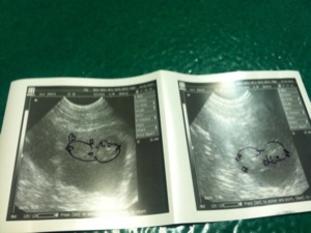 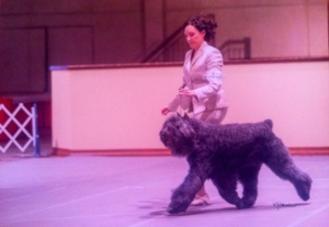 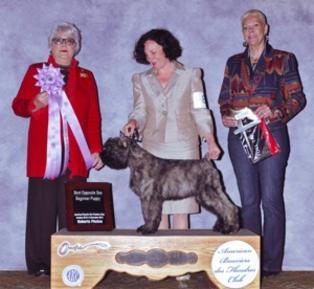 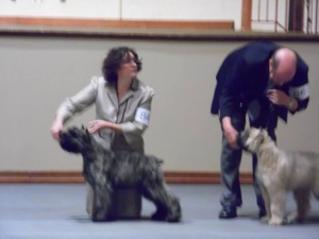 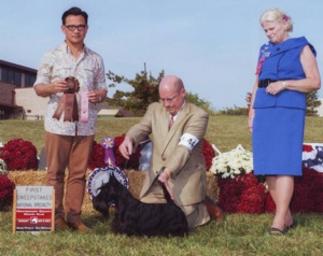 Life at the “Ottcienda” stayed busy throughout the rest of 2013.  Our Digger x Lara Scottie puppies and our Garrison x Passion Bouvier puppies grew up and went to wonderful new homes.  We did hold on to a few of the little critters and enjoy having them around to keep us busy and on our toes. Unfortunately, Danica the Bouvier never took to the summer breeding we did to CH Airdrie’s Hudson of Avery “Hudson”. Another disappointment in dog breeding.

No time to mope about with so many additions to our household, our little pack hit the road twice in October. In early October, we flew with Chicory the Scottie to Pennsylvania to participate in the Hatboro and Devon dog shows and Montgomery County - the show that hosts the STCA National Specialty every year.  Chicory was in the ribbons several days, won her class one day, and at the National Sweepstakes, she won her class of 11 and her sister Bijou placed directly behind her. The two littermate sisters placed 2nd and 4th in the Division Run Off. We were ecstatic!

Late October we all traversed to Southfork Ranch in Texas for the Bouvier National Specialty.  Misty and Nita (aka The Stinkbugs) turned 4 months old the day of the 4-6 month puppy competition, so we entered them.

Littermate brother Ollie was also in attendance to take in the scene. We appreciated all of the fine comments from our colleagues regarding these puppies.

Garrison enjoyed being back in the ring strutting his stuff and ended up in the final line-up for ribbons. It felt great to have him at the end of the leash again.  When he realized he was at a dog show and actually showing again, his eyes sparkled and he got giddy.  Love this boy!


To wrap up 2013, Danica the Bouvier came in season and was ready for breeding just before Christmas. Being gun-shy after her challenging failed pregnancy in January 2013, we are overjoyed to share the news that she is expecting  puppies toward the end of February 2014!

We bred her to Garrison, so we’re really looking forward to finally seeing what these two different lines may produce.  If you’re interested in a puppy, please contact us. 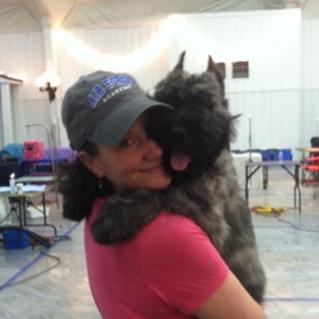