Rod Ott met Pilar Kuhn at the Eukanuba National Championship dog show in Long Beach, CA in 2008. An entertainer by trade, Pilar has had Bouviers des Flandres since 1998.  Raised on a pig farm in northwest Illinois, Rod has had Scottish Terriers since 1995 and has been in animal husbandry his entire life.  When the two met, Pilar said Bouviers and Scotties would never get along under the same roof.

Rod and Pilar got married in 2010 and became the “Brady Bunch” of dog-dom sharing their living space with Bouviers and Scotties.

Pilar happily admits she was wrong. 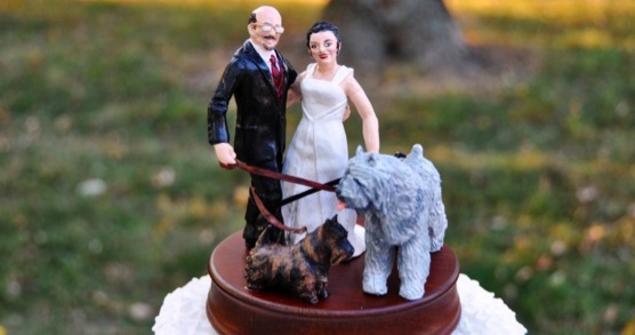